The state-of-the-art Operation Control Centre will act as the command centre for the entire route length of 1,856 km of the Eastern Dedicated Freight Corridor (EDFC). 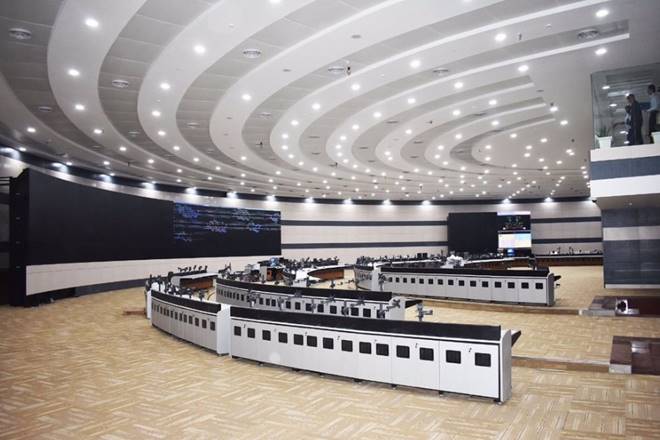 The divyang-friendly Operation Control Centre has a green building rating of GRIHA4, equipped with solar power and rain water harvesting. It houses a theatre of 1,560 sq metre with a video wall of more than 90 metres. The centre boasts modern interiors, best-in class acoustics and it has been designed ergonomically considering the needs of traffic controllers, claims Indian Railways.

The newly built Operation Control Centre has been equipped with first-of-its-kind integrated Supervisory, Control and Data Acquisition (SCADA) system and Train Management System (TMS). According to DFCCIL, the integrated SCADA system will enable traction controllers to monitor, control as well as remotely operate power supply equipment at Traction Sub Stations, Sectioning and Parallelling Posts for the entire network. Also, it would allow monitoring as well as control of other Auxiliary Sub Stations and equipment like HVAC, fire alarm at depots, stations and OCC from single location. Under ‘Make in India’ initiative, the system has been developed by Alstom, supported by their design teams in Bengaluru.

While the WDFC will cover a distance of 1,504 km of double line electric (2 X 25 KV) track from Mumbai’s Jawaharlal Nehru Port Trust (JNPT) to Dadri via Vadodara-Ahmedabad-Palanpur-Phulera-Rewari, thus covering the states of Haryana, Uttar Pradesh, Gujarat, Rajasthan and Maharashtra.

You can find out more about which cookies we are using or switch them off in settings.

This website uses cookies so that we can provide you with the best user experience possible. Cookie information is stored in your browser and performs functions such as recognising you when you return to our website and helping our team to understand which sections of the website you find most interesting and useful.

Strictly Necessary Cookie should be enabled at all times so that we can save your preferences for cookie settings.

If you disable this cookie, we will not be able to save your preferences. This means that every time you visit this website you will need to enable or disable cookies again.